Stephen and David are out on the new pool that David purchased. He tries to teach Stephen how to swim, but Stephen refuses to because he has aquaphobia. He wants to play on his computer instead, causing an arugment between him and his father, until his father shoves him into the pool himself. Stephen freaks out in the water, then he gets out and throws two chairs at David who is in the pool. David attempts to kick Stephen's butt until Stephen escapes back into the house. 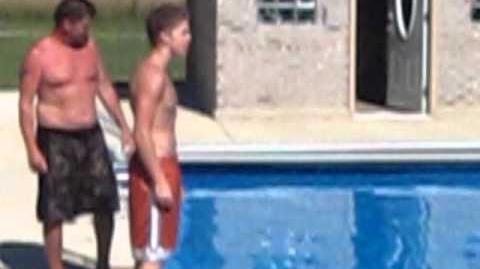 Greatest freak out ever 14 (ORIGINAL VIDEO)
Add a photo to this gallery
Retrieved from "https://greatest-freak-out-ever.fandom.com/wiki/Greatest_freak_out_ever_14?oldid=24064"
Community content is available under CC-BY-SA unless otherwise noted.