Stephen gets a Tattoo

It's Stephen's 18th birthday, and as a present, he is getting a tattoo. But every time the tattoo artist tries to give it to him, he refuses because the needle hurts. He storms out of the shop in the end. 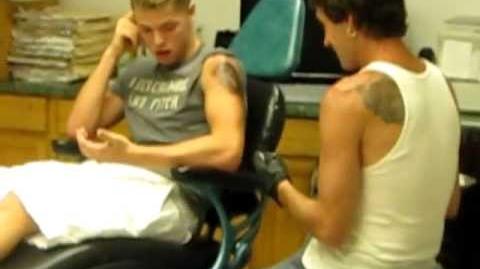 Greatest freakout ever 15 (ORIGINAL VIDEO)
Add a photo to this gallery
Retrieved from "https://greatest-freak-out-ever.fandom.com/wiki/Greatest_freak_out_ever_15?oldid=24135"
Community content is available under CC-BY-SA unless otherwise noted.