Stephen is Scared of a LITTLE KITTEN

His mother got the kitten and Stephen was terrifying at the kitten and he didn't like it. Jack was showing Stephen to see the little kitten but he runs to go around, Stephen's on the silly car and he knows about when he says "Because I don't think they're cute I think they're, freakin', weird, they're nasty." the kitten doesn't have disgusting faces. When Stephen goes on the car and he just ignore the kitten. 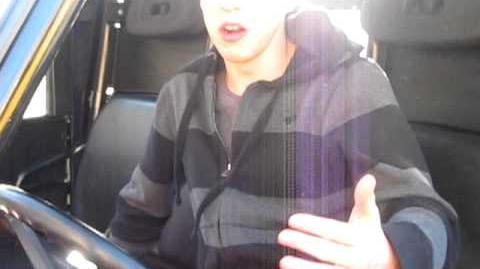 Greatest freakout ever 18 (ORIGINAL VIDEO)
Add a photo to this gallery
Retrieved from "https://greatest-freak-out-ever.fandom.com/wiki/Greatest_freak_out_ever_18?oldid=24137"
Community content is available under CC-BY-SA unless otherwise noted.