STEPHEN GETS LOCKED OUT IN THE SNOW

Stephen was watching SpongeBob while Jack was constantly ringing the doorbell. An irritated Stephen then goes outside to check who's ringing with the doorbell. Jack then seized the opportunity to lock Stephen outside in the cold. After yelling at Jack to let him in and calls for his mom, Stephen ran around the house wearing boots and started screaming for his mom before Jennifer came out of the kitchen and let him back in while waiting at the back door. He then ran over to Jack and slapped the camera out of his hand. Jack picks it back up and stops the video where it is. 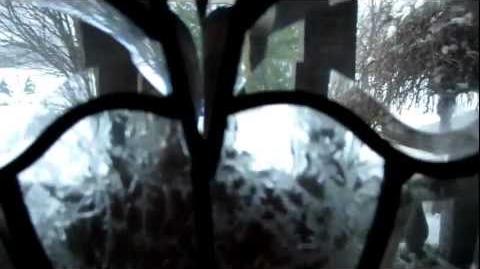 Greatest freakout ever 26 (ORIGINAL VIDEO)
Add a photo to this gallery
Retrieved from "https://greatest-freak-out-ever.fandom.com/wiki/Greatest_freak_out_ever_26?oldid=24169"
Community content is available under CC-BY-SA unless otherwise noted.