Stephen is going to Tennessee to stay with his Uncle Philip by at his ranch for a couple months to work, and Stephen's refusing to go to Tennessee and arguing with his parents. There's absolutely no way Stephen should go there after Stephen quits his 7th Job because every single boss Stephen have had is a douche bag. He's gonna go work at this ranch, then he's not working on anybody's ranch, since he doesn't want to live with Uncle Phillip because Stephen thinks he is a Weirdo. His parents disagree with him and were only trying to tell him that might be only for a brief period of time. If he know that's not true, expecting Jennifer he's going to awesome for Stephen even go for 2 months. Stephen totally hates Uncle Philip but Jennifer doesn't even care and that's not true either. He know it's not true then how come every time him business he leave, he don't care when he's not staying that and that ain't happening. When Jennifer points out that Stephen's stuff is right there, Stephen's going to throwing his blue luggage on the floor, grabs the shampoo, then drops it and stomps the shampoo with his foot when he tries to throws the lampshade when Stephen gets the painting until he punch his brother door to say "BACK OFF!" And Jack tells Stephen "STOP!" And he just had destroyed their bedroom. Stephen drop the painting in the snow then Stephen runs off into the snow, David chase his son and he goes back into the house since his feet got numb form chasing him in the snow. 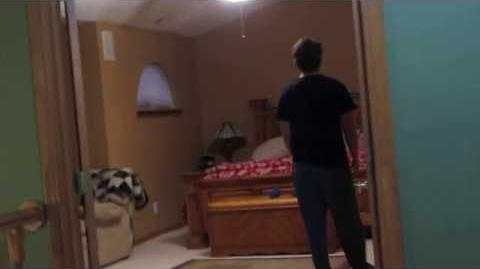 Greatest freakout ever 29 (ORIGINAL VIDEO)
Add a photo to this gallery
Retrieved from "https://greatest-freak-out-ever.fandom.com/wiki/Greatest_freak_out_ever_29?oldid=24144"
Community content is available under CC-BY-SA unless otherwise noted.