Stephen gets interviewed by What Up Ninja

What Up Ninja attempts to interview a fellow YouTuber and it goes terribly wrong...

Stephen is interviewed by What Up Ninja, but becomes impatient, later snapping when one of the What Up Ninja interviewers says he looks like he listens to Nickelback, driving in away in his/their car. 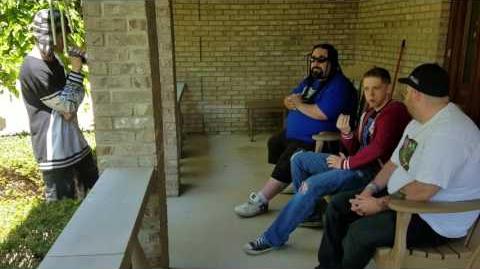 Greatest Freak Out Ever 35 (ORIGINAL VIDEO)
Add a photo to this gallery
Retrieved from "https://greatest-freak-out-ever.fandom.com/wiki/Greatest_freak_out_ever_35?oldid=24171"
Community content is available under CC-BY-SA unless otherwise noted.