Jack gets interviewed by the London show "Rude Tube", until Stephen walks in on it and is interviewed himself. After finding out the videos were posted to YouTube, Stephen gets off the couch and loses his temper, shoving things off tables and whacking his head with (possibly) a picture frame. 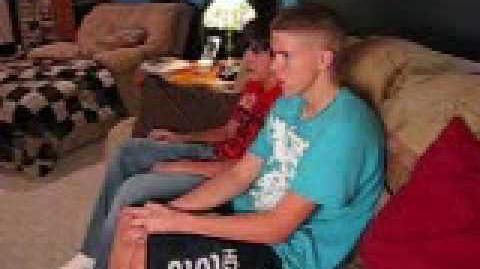 Greatest Freak out ever FAQ (ORIGINAL VIDEO)
Add a photo to this gallery
Retrieved from "https://greatest-freak-out-ever.fandom.com/wiki/Greatest_freak_out_ever_FAQ?oldid=24157"
Community content is available under CC-BY-SA unless otherwise noted.