"John Leguizamo Greatest Freak out Ever" is a Greatest Freakout Ever episode from special. In this episode, Aaron and John try to do a parody of the Greatest freak out ever.

This is a parody of the original video, with John Leguizamo being the "Stephen" and cameraman Aaron being the "Jack.". Instead of his mother deleting his World Of Warcraft account, it is due to him losing the starring role in Wolfman to Benicio del Toro. 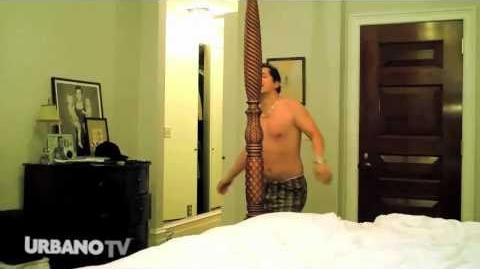 Greatest Freak Out Ever (John Leguizamo video)
Add a photo to this gallery
Retrieved from "https://greatest-freak-out-ever.fandom.com/wiki/John_Leguizamo_Greatest_Freak_out_Ever?oldid=23958"
Community content is available under CC-BY-SA unless otherwise noted.