"Stephen And His Bat Car" is a Greatest Freakout Ever episode from special. In this episode, Stephen tries to drive his Bat Car to McDonalds.

It's about 10:00 at night, Stephen's trying to drive his Bat-Mobile to McDonald's once again, but the vehicle is not Street Legal. Jack films Stephen much to his annoyance and is told to go away. He tells Jack that he cannot use Dad's truck and that he should stop "harassing" him. He takes off regardless of Jack's protests and the video ends. What happens afterwards is unknown. 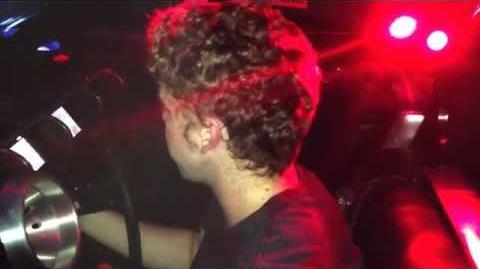 Stephen And His Bat Car
Add a photo to this gallery
Retrieved from "https://greatest-freak-out-ever.fandom.com/wiki/Stephen_And_His_Bat_Car?oldid=24098"
Community content is available under CC-BY-SA unless otherwise noted.