Freakout Kid flips out over John Leguizamo's spoof (we featured the spoof last week) during their meeting backstage at John's Ghetto Klown show.

The Quires are invited by John Leguizamo backstage after a performance of his show 'Ghetto Klown', as a way of making up for Stephen being unimpressed with his parody of the original Greatest freak out ever video.

In Leguizamo's dressing room, Stephen rates his show 4/10 and mediocre and then becomes angry when Leguizamo touches him. However, Leguizamo attempts to keep it cool, bringing up Stephen's accent. Stephen sees this as him making fun of him. Leguizamo tries to tell him this wasn't the case and touches him again, to which Stephen shouts to stop. He gets angry and pushes various items off of the dressing room table. Leguizamo tells him very politely to leave as Jennifer apologizes profusely for the incident. 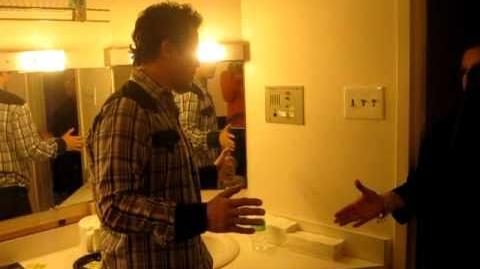 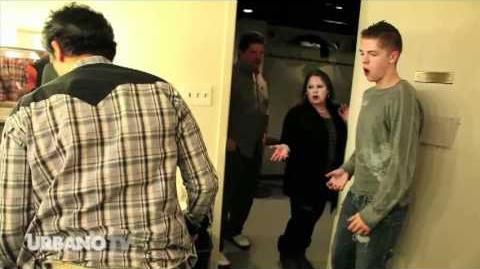