"The VERY VERY VERY Annoying Stephen" is a Greatest Freakout Ever episode from special. In this episode, Stephen annoys David and Jack on a cruise ship.

Stephen was trying to wake them up, his was in the cabin on the cruise boat. Stephen was messing with Jack until he slap and kick Stephen's hand. 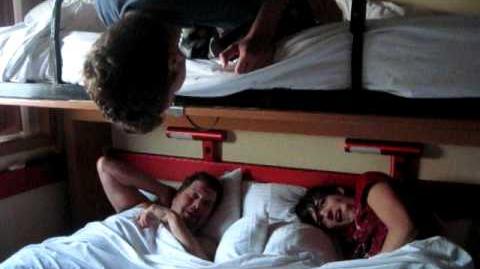 The VERY VERY VERY Annoying Stephen
Add a photo to this gallery
Retrieved from "https://greatest-freak-out-ever.fandom.com/wiki/The_VERY_VERY_VERY_Annoying_Stephen?oldid=23960"
Community content is available under CC-BY-SA unless otherwise noted.